UK – The Competition and Markets agency, CMA, have begun the process of investigating the completed acquisition of HRP Holdings Limited by Beijer Ref AB. The CMA are investigating the possibility that the acquisition of HRP means that the level of competition in the UK market has been adversely affected and greatly reduced. Beijer’s acquisition of the remaining 56% of the shares in HRP means that the company, with the addition of its previous wholesalers Dean & Wood and RW Refrigeration Wholesale, is now the undoubted market leader in the UK.

The CMA had previously served an initial enforcement order under section 72(2) of the Enterprise Act 2002 on Beijer Ref AB in relation to the completed acquisition by Beijer Ref Ab of HRP holdings Limited on the 26th of February. The enforcement order revealed that the CMA had doubts as to whether the two entities could still be considered to be separate companies and that it would seek to investigate the merger. Under the terms of the enforcement order, the two companies were forbidden from making major structural changes to the company or hierarchies while all contracts had to be fulfilled by the company who had originally agreed the relevant contract.

The two companies were then granted a derogation on the 4th of April before the CMA announced the launch of its merger inquiry by notice to the parties today. In the notice that was served to the two parties, the CMA stated that it was “considering whether it is or may be the case that this transaction has resulted in the creation of a relevant merger situation under the merger provisions of the Enterprise Act 2002 and, if so, whether the creation of that situation has resulted, or may be expected to result, in a substantial lessening of competition within any market or markets in the United Kingdom for goods or services.”

Today marks the initial period of the investigation with an “invitation to comment” which is due to last until the 25th of April, with the CMA scheduled to announce whether it intends to refer the merger for a level 2 investigation on the 8th of June 2016. 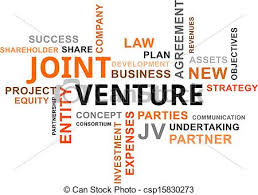