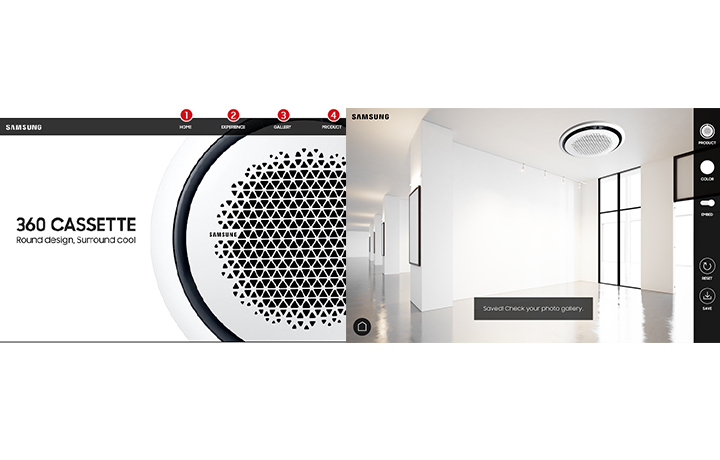 WORLD – The Korean giant Samsung has unveiled its latest development in the world of air conditioning, the Cassette 360. ​​The company claim that the Cassette 360 represents an important innovation in the industry and a major leap forward in technology.

Samsung claim that their new model, which was released last April, combines sleek, modern design, which has admittedly been rare for a cassette up until now, with technology enabling users to control the 360 ​​° airflow without the need for blower flaps. The Asian manufacturer have also proudly revealed that they will now also make  a virtual reality application available for the Cassette 360.
The application, which Samsung have named Cassette 360 ​​Installer, is designed for use by installation professionals, architects and designers, and allows them to take a picture of a room and to then use the augmented reality application of the air conditioning unit to visualize the final rendering of the room, and ensure that the set up of the equipment conforms with the plans drawn up by the architect.

In addition to this augmented reality tool, the application also comes equipped with a 360-page viewer of the Cassette 360 ​​integrated into various environments, as well as a section which enables users to find all the key information om the product at a glance .

Available on the market since April 2016, the Cassette 360 ​​is available for the following ranges:

Bosch to expand in North America