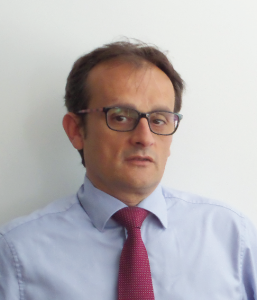 HVAC Intelligence caught up with Diego Lopez, president of the GFF (General Refrigerating France), for an exclusive interview on his take on the HVAC industry. Read on to find out what he thinks.

Hello Diego Lopez. Can you introduce both yourself and the GFF?

Hello and good morning to all HVAC Intelligence readers. I am Diego Lopez, and I have been president of the GFF for ten years now.

The GFF is the biggest French distributor of AC & refrigeration products, and has a turnover of between 100 and 110 million euros depending on the year and climatic conditions.

This year marks our 80th anniversary and we conduct 95% of our business with installers and 5% with small manufacturers. Our market is exclusively BtoB, we do not deal directly with end customers.

The GFF is part of a large international group, Beijer Ref, what benefits this does this provide?

The benefits mainly revolve around trading. Beijer Ref offer us commercial and logistical advantages, particularly in negotiating with suppliers. As a distributor, 80% of our business consists of buying and reselling goods. Having the weight of Beijer Ref behind us is therefore an advantage.

However, that’s not the only advantage: if we run out of certain products, we can sometimes borrow stock from distributors in other countries. For new or exclusive products, we have access to commercial and technical documents that just need to be translated into French so that we can quickly launch the products onto the French market.

What are the biggest obstacles you face?

Over the past two years, the biggest obstacles we have encountered have mainly come from the regulation of fluids: what can and cannot be done and are the products available or not?

Our position as distributors is very complicated because the fluid producers, the component manufacturers and machine builders are still not in sync. Everything is constantly evolving such as the fluids themselves and the energy consumption constraints. At this rate one wonders how many more ratings there will be above the A Energy Class rating in a few years’ time.

Above all, it’s a race, and it is very complicated for distributors. For example, our job is to have the necessary products in stock. A few years ago, the minimum lifetime of a product was 4 or 5 years, while, today, new ranges are launched almost every year. We are working under much more pressure and stress.

You mentioned the issue of regulations, where do we stand now with the F-Gas regulations?

The first measures concerned the regulation of installers: it is now obligatory to have a certificate of capacity (ADC) for handling refrigerants. Since the beginning of this year, this restriction has been extended to those preloaded systems which require an on-site connection. At the GFF, we strongly adhere to this regulation and therefore only sell air conditioners to installers who possess the ADC certificate. However, we have seen that major groups are still selling to installers who don’t have the ADC accreditation, which is deplorable!

All in all, this regulation is a very good trend for the market, because it should mean that, in the long term, we constantly monitor the technical capabilities of our installers, thereby ensuring that the staff are trained and competent. This might also help to reduce the number of weekend installers.

In terms of fluids, the situation is very complicated, especially for refrigeration. HFO’s exist, but the components needed for complete installation are not all available. For example, there are certified compressors for R448A and R449A but no pressure regulators. It’s a bit like having a car with no wheels.

For low-temperature, low-power applications, when you carry out a real techno-economic analysis, it is easy to see that R404A is still the best solution … We are facing a wall, and we do not really know what to do.

As regards air conditioning, the arrival of R32 has caused a problem for the storage and transport of flammable products. Not all manufacturers have adapted their product range yet, even if air conditioning manufacturers are better organized than refrigeration manufacturers. I think the use of R32 will start to rise in 2016 and then really take off in 2017.

And what about natural refrigerants?

I think there is enough room in the market for everyone. There won’t be a miracle fluid that works for everything but there’s more likely to be a fluid for each application. This will complicate the job for installers, because they will need to have more bottles and more tools with them to work with all the different types of fluids.

I’m sure that HFO’s will still be used, natural refrigerants will not take all their business and replace them completely.

You have established partnerships with many manufacturers, particularly with the Korean giant Samsung. Can you tell us more?

Of course. We established this distribution partnership with Samsung around five years ago. The idea is always based on distributing the Samsung range to refrigeration installers.

We started with smaller air conditioning units, and then began to promote the commercial range. Samsung boast many innovative products, both in design and in connected products: they are ahead of the pack in certain fields.

The brand has not the same reputation in the air conditioning field as in the high-tech sector, but the company is investing the means to remedy this, especially in the ​​service sector. The quality of their hotline, for example, has improved, and customers are beginning to notice the improvements.

Samsung has traditionally had a BtoC culture, but the company has adapted very quickly and easily to BtoB: we can see this strategic transition to BtoB with the release of their 360 cassette, their new innovation for the service industry.

What about the recent signing of the COP21 Treaty? What impact will these measures have on the industry?

Sometimes constraints can boost business. That was the case with the ban on R22, which boosted business in refrigeration. There will be a lot of facilities to replace, amongst other developments.

Today, regulations in Europe are mostly implemented by the public: by the European Union and the member countries. Do you think the American system, with lobbies like the AHRI who set up their own regulations, can teach us something?

Provisions that are impossible to put into practice include, for example, the change in the rules for waste tracking slips. Previously, when an installer, who only collected small amounts of fluid due to their activity, brought back a bottle of fluid, they only needed to complete one waste tracking slip per bottle. Now they must fill in a waste tracking slip for each fluid recovery, this makes things more difficult for the installers on a daily basis and it then becomes a real problem for the entire supply chain.

Fluid manufacturers estimate that the number of slips will increase by about 400 000 documents with this new rule! It is already difficult to manage all the documentation for large, well-organized groups but independent installers risk being drowned in paperwork.

For example, we could have worked more with the unions, I find it a shame that this wasn’t the case. The problem is that the documentation policy is not uniform; France is set to implement these new policies but that will not necessarily be the case for some of our neighbouring countries. This raises competition concerns in border areas as we will be at a disadvantage compared to our competitors.

For these administrative problems, will the movement towards digital records not solve these issues?

I do not know if I would say that it will solve things, but it will certainly make things easier, for sure. We will work increasingly with digital records, but I see this having more of an impact in the medium term than in the short term.

Innovation is a key concern for the sector, but the general public is not necessarily kept informed. Do you think that we should make more efforts in this direction?

The principal concern of customers when they buy air conditioning products is mainly related to the aesthetics of the products. Innovation in the energy or electronic components of the devices doesn’t really mean much to end customers.

Where innovation is most visible is in the connected aspect of the devices. We don’t communicate enough with our customers about the connectivity of our products, i.e. which devices can be connected via WiFi or Bluetooth, which can be controlled by smartphones, etc.

Samsung is very strong in this regard: they have developed many connected products and communicate well with their customers.

I believe that the end customer doesn’t really care about technological innovations. He just wants a device that consumes less, makes less noise and is pretty. The technical explanations are less interesting for the average customer than the connected dimension, the “gadget” side of things.

With pleasure! I would like to emphasize that the air conditioning is really a BtoB business. I am very concerned when I see supermarkets engaging in air conditioning as if it were an off-the-shelf product.

I hope that the new standards will help people to understand that air conditioning is a technical sector and that they need to talk directly to a professional. The problem is that without consulting a professional, supermarkets will subcontract to installers and impose prices that leave them little latitude to make their margins. In reality, installation services are highly specialised and tightly controlled and poor installations can lead to a lot of legal disputes. There is a real risk that the quality and image of residential air conditioning will be dragged downwards by supermarkets offering poor installation services.