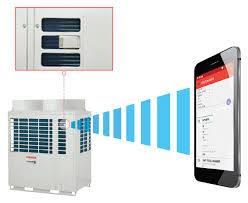 WORLD – Toshiba have announced that contractors can now get hands-free commissioning with the arrival of the company’s new VRF (Variable Refrigerant Flow) SMMS-e air conditioning system. Toshiba claim that their new system is the most energy efficient VRF available in the industry today as it offers contractors and installers a new approach to commissioning and servicing, based on hands-free technology.

The company revealed that outdoor units are equipped with a Wave Tool, which enables engineers to transfer data to and from units using a smart phone without the need for any physical contact. The system, which is run via an Android-based application and which can be used on Version 5.0 (Lollipop) and above, operates as a wireless commissioning and performance validation tool, allowing engineers to read and write data to the condensing unit via their phone. Data is transmitted between the outdoor unit and a smart phone using Near Field Communication (NFC) technology. Toshiba claim that the system will allow installers and service engineers to send instructions and obtain key system information by touching their smart phone onto the NFC tag located on the outside of the unit.

Toshiba expect that their new technology will simplify the commissioning process and also reduce the amount of time spent on-site. Similarly, the new system should also allow installers to send key system data back to the office via e-mail for analysis, or to building managers or end users to illustrate performance and operation profiles.
Other innovative features of the system include the new rotary compressor which uses a two-stage compression process in the drive to improve efficiency and performance, while wear surfaces on compression vanes are treated with a high-tech Diamond-Like Carbon (DLC), resulting in increased hardness, wear resistance and reliability.

Toshiba further claim that the system enables a significant increase in compressor rotation speed, resulting in a higher displacement volume – up to 50 per cent greater than for the previous generation of VRF systems. This increase in compressor rotation speed should mean that a higher capacity can be obtained from a smaller compressor, with less power. The compressor also features the latest generation of Toshiba’s Infinity Variable Control (IVC), which means that the compressor’s rotational speed can be varied in 0.1Hz steps, thus allowing the system to respond precisely to changes in demand, thereby delivering improved comfort while minimising energy losses.

Toshiba also stated that the heat exchanger has been completely redesigned, using smaller diameter tubes arranged in three rows in the coil, compared with to the two rows that had been previously used, resulting in a 13% increase in the surface area available for heat transfer, further improving performance and efficiency. The capacity of the heat exchanger, which was fixed and unchanging in earlier models, can now be adjusted to match the current load and ambient conditions, while the new three-way variable heat exchanger should enable the VRF’s control system to automatically select the optimum setting.

Toshiba also proudly boast that the SMMS-e is a game-changer in being able to provide continuous heating, with no requirement to stop during defrosts, unlike rival systems. This continuous heating mode is made possible by the use of a hot-gas bypass control, which simultaneously defrosts the outdoor heat exchanger coils, while also enabling the indoor unit to continue operating in heating mode.

In terms of controls, the SMMS-e uses Intelligent Flow Technology, based on independent Pulse Motor Valves (PMVs), to control the flow of refrigerant to each indoor unit. The valves are designed to deliver a carefully calibrated refrigerant flow to each indoor unit to create and then maintain optimum comfort conditions, based on the difference in temperatures as detected by the two sensors located on each FCU.

Toshiba also state that improvements in pipe work and connectivity will result in significant advantages in terms of system design and application. The new maximum total pipe work length for the SMMS-e is 1000m, which is double the previous allowable length, with 235m now the maximum allowable distance between an outdoor unit and the farthest indoor unit, which Toshiba claim is an industry first.

Commenting on the launch, David Dunn, director and general manager of Toshiba Air Conditioning, stated that “SMMS-e is Toshiba’s latest and greatest VRF system to date. It embodies some important technical developments, not least on the compressor and controls side, that extend efficiency and the application envelope for VRF even further into new territory.”

Mr Dunn concluded by saying “While end users benefit from reductions in running costs and enhanced comfort conditions, installers can take advantage of the new wireless commissioning and diagnostics system, which reduces installation time and opens up new possibilities for fast data exchange – without laying a finger on a unit. We believe the SMMS-e takes VRF technology another great leap forward, and is set to be a winner” 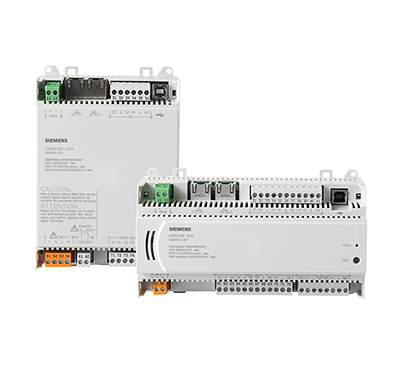