UK – Toshiba’s SMMS-e VRF air conditioning system walked off with the top award, ACR Product of the Year, in the National ACR Awards 2016.  The system was adjudged to have delivered exceptional energy efficiency, with all outdoor units exceeding 7 ESEER (European Seasonally Adjusted Energy Efficiency Rating), an industry first. The Toshiba system landed the prize at the awards finals in Birmingham Town Hall, after coming out top in this competitive category.

David Dunn, Toshiba director and general manager, welcomed the award, saying “It is very pleasing for SMMS-e to be recognised by the industry in this way. It embodies a whole raft of important technical developments, which together extend efficiency and the application envelope for VRF into new territory.”

Mr Dunn continued, adding “While end users benefit from reductions in running costs and improved comfort, installers can take advantage of the new wireless commissioning and diagnostics system, which reduces installation time and opens up new possibilities for fast data exchange – without laying a finger on a unit.”

Toshiba claim that innovations in three core technologies – the compressor, heat exchanger and advanced intelligent control – were the key to winning the prize and delivering efficiency and comfort for building occupants.
An essential new component in the system is a new rotary compressor which uses a two-stage compression process for improved efficiency and performance. In addition, wear surfaces on compression vanes are treated with a high-tech Diamond-Like Carbon (DLC) coating, giving improved hardness, wear resistance and reliability.  This in turn resulted in a significant increase in compressor rotation speed, thus ensuring a higher displacement volume – up to 50per cent greater than for the previous generation of VRF systems. Toshiba claim that this displacement volume thereby enables a higher duty to be obtained from a smaller compressor, with less power.

David Dunn concluded his acceptance speech, saying “We are naturally delighted with the success of the SMMS-e, however we will not be resting on our laurels. Toshiba has some major roll-outs planned for 2016, one of the most important of which being the SHRM-e VRF, planned for the second quarter of this year. It will again build on the success of the SMMS-e, and feature further innovations in technology that will contribute to even higher efficiencies.” 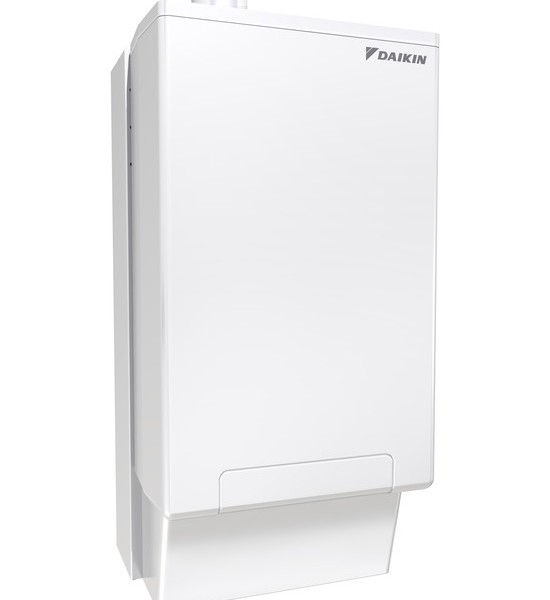