GERMANY – Siemens have announced their latest financial figures for the year. The company revealed in their earnings release and financial results Q1 FY 2016 report that they had made a strong start into the fiscal year and had consequently revised and raised their earnings outlook.

The company stated that major contract wins in Europe and Africa had driven first-quarter orders up by 27% year-over-year, reaching €22.8 billion, while revenue were 8% higher at €18.9 billion, for a book-to-bill ratio of 1.21. The figures also disclosed that, excluding currency translation effects, orders were 22% higher and revenue was up 4%.

This in turn meant that industrial business profit climbed 10% year-over-year, to €2.0 billion, including margin expansion, while strong increases in Healthcare, Energy Management and Mobility more than offset declines in Digital Factory, Process Industries and Drives and Wind Power and Renewables.

The result of this was that the company’s net income was €1.6 billion, up 42% from the prior-year quarter, which had been burdened by factors outside the Industrial Business, while basic earnings per share (EPS) were €1.89 compared to €1.30 in Q1 FY 2015.

The consequence of this strong first quarter performance was that the company decided to raise their previous expectation for basic EPS from net income in the range of €5.90 to €6.20 to the range of €6.00 to €6.40.

A satisfied Joe Kaeser, President and Chief Executive Officer of Siemens AG, commented on the figures, stating “We delivered a strong quarter and are well underway in executing our Vision 2020. Therefore, we will raise our earnings outlook for 2016, even though the macroeconomic and geopolitical developments remain a concern for our markets. We continue to focus on addressing our structural challenges in the company and invest into further developing our markets and strengthening our innovation power.” 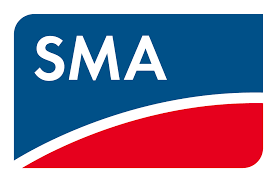