JAPAN -Daikin Industries Ltd, through its subsidiary American Air Filter Company Inc., have announced their decision to acquire the U.S. air filter manufacturer Flanders Holdings LLC . The acquisition price has been set at 430 million dollars and the transaction will see Daikin acquire all shares of Flanders from Insight Equity Holdings LLC , an investor in the company. It is expected that the acquisition  will be concluded in April 2016 after the completion of all necessary procedures.

As the leading air filter manufacturer in the United States, Flanders specialises in products with high functionality and high value-added that are used in industrial cleanrooms such as those found in the fields of pharmaceuticals and food processing. The company can also boast a broad lineup ranging from commercial to residential use and a nationwide sales network and has manufacturing bases near most of the major U.S. cities, including Chicago and New York, and has a good reputation for short lead times and low logistics costs to help deliver products that are cost competitive.

Having established manufacturing bases in the regions of Japan, North America, Europe, China, and Southeast Asia, Daikin has sought to expand its filter business so far through its subsidiaries AAF and Nippon Muki Co., Ltd. The company’s products have mainly focused on commercial-use air conditioning filters used in buildings and factories and engineering fields, including dust collection systems for production facilities. Indeed it can be confidently stated that AAF has closely embedded itself in each region of the world and performs development, production, sales, and services for products satisfying the needs of an extensive market.

Daikin hope that this acquisition, which will see the Flanders business integrated within AAF, will enable AAF to leverage its global sales network to market the cleanroom equipment and high-end air filter products that are the strengths of Flanders. The company are also confident that the merger, in addition to making AAF the leading manufacturer in the United States (reportedly the largest air filter market in the world),  will also position AAF as a leading company in the global market.

One consequence of the merger is that the filter business of the Daikin Group will become a business with sales exceeding 100 billion yen annually. Daikin anticipate other future synergies with the air conditioning business as the filter business transforms into a core Daikin business as a third pillar behind air conditioning and chemicals. The company further claim that the merger will also serve to improve air environments in homes, buildings, and factories; better address global environmental issues, including mitigation of air pollution; and meet the need that is increasing worldwide for creation of comfortable air environments.

Health risks due to excessive heating at bedtime 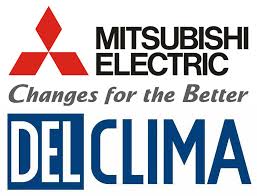