CANADA – Jeffrey Gingras, the president of Systemes LMP, the Canadian refrigeration equipment manufacturer, today revealed that he considered natural refrigerants to be the only viable long-term alternative to HFCs. Mr Gingras outlined the case for natural refrigerants, believing that they are the only substances that will not be subjected to phase-out programmes, and also predicted groundbreaking solutions for 2016.

Gingras also stated his belief that the natural refrigerant market faced two important challenges in 2016: firstly, competing with the synthetic refrigerant market, which Gingras  thinks will develop new solutions and market them aggressively, and, secondly, a strong US dollar which he expects will have an effect on the cost of CO2 components.

Apart from these two main issues facing the industry in 2016, Gingras touched on other obstacles to the continued growth of the market, including the price and availability of components, the pricing strategies of component providers and the large variety of solutions already available to customers.

Mr Gingras also revealed that Systemes LMP are currently working on a new concept for supermarkets, with the first installation scheduled for June 2016. The company claim that this new development will prove to be a groundbreaking solution, with the company promising to make public the performance results as soon as possible. 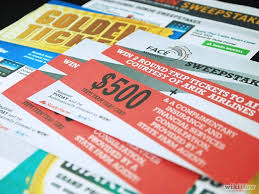