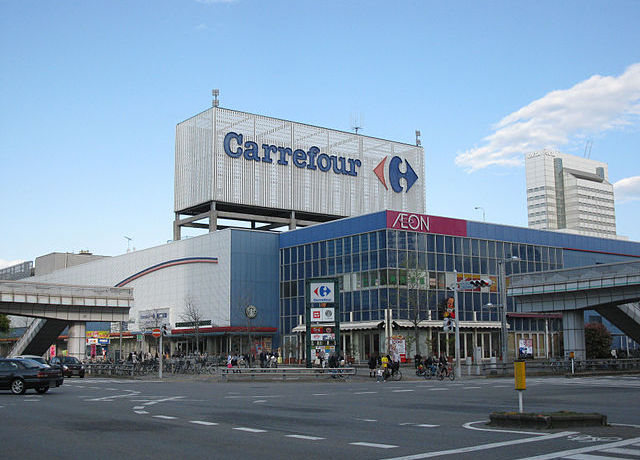 BELGIUM – Carrefour Belgium has opened its first ever store fitted with a propylene water-loop refrigeration system. The retail giant will test the system over the next twelve months before deciding whether to roll out the concept in other locations.

The 200m2 Carrefour Express convenience store, on Rue Alfred Stevens in Laeken – a neighbourhood of Belgian capital Brussels – opened its doors last week (14 September). “This is our first system anywhere in the world to use hydrocarbons and a water-loop,” Paolo Martini, Refrigeration & HVAC Manager for International Support at the Carrefour Group, told hydrocarbons21.com in an exclusive interview.

The store contains propylene-based cabinets provided by UK firm Carter Retail Equipment. The refrigerant propylene (R1270) is a hydrocarbon with an extremely low GWP of just three. Its climate footprint is therefore dramatically lower than a comparable system using HFC R134a, which has a GWP of over 1,400. Sealing the cabinets in the factory reduces the risk of refrigerant leakage to zero, because no refrigerant piping is fitted on site.

Each of the store’s eight cabinets is fitted with one or two self-contained, factory-sealed, and pre-charged refrigeration systems featuring a compressor, an evaporator and a water-plate condenser. “R1270 is a very efficient gas,” said Martini.

A hydraulic circuit connecting the cabinets, fitted with pumps and an external dry cooler, circulates a mixture of water and propylene glycol through the store. Circulating the water mixture removes heat from the cabinets. The heat is rejected via a heat exchanger into the ambient air. The water itself is cooled down by air from outside, eliminating the need for external chillers.

Mixing the water with propylene glycol stops the fluid from corroding the pipes and freezing when the temperature outside is cold. “This is our first system to use hydrocarbons with a water loop. The system is f-gas free and therefore complies with the EU’s F-Gas Regulation,” Martini said.

For Carrefour, refrigeration plays a key role in delivering environmental sustainability objectives. Recording excellent results in warm climates too, the retail giant is putting natural refrigerants at the heart of its strategy to become HFC-free in the near future.

Carrefour will monitor energy consumption and system reliability over twelve months at the Laeken store, comparing performance data with a comparable R134a system for medium temperature and an R407F system for low temperature applications. Martini expects this solution to deliver energy savings compared to a traditional direct expansion HFC system. But wider rollout will also depend on feedback from staff on the shop floor.

To reduce refrigerant emissions, the Carrefour Group is phasing out HFCs and replacing them with CO2 for commercial refrigeration. By the end of 2015, it had installed 260 stores with CO2 technologies in seven countries.

The propylene-water loop system, therefore, is new territory for the retailer. “We’ve installing CO2 systems in large stores like hypermarkets and supermarkets. This test is to evaluate hydrocarbon technology for smaller stores,” Martini said.

Transcritical CO2 technologies, for the moment, tend to be less competitively priced and less widely available in smaller-scale applications, he added.

The total refrigerant charge in the whole system is less than 5.5kg, divided between different circuits in each cabinet. The system respects EN and ISO regulations allowing a maximum charge of 1.5kg of propylene per circuit. A traditional HFC-based direct expansion system needs a much higher refrigerant charge.

“Only the glycol piping needed installing on site. This feeds each cabinet with the necessary condensing glycol. The glycol is cooled down by a dry cooler outside,” Martini said. This eliminates the need for hydrocarbon-based chillers located outside the store.

Fitting such a system also saves space by eliminating the need for a refrigeration rack. “The compressors are integrated into the top of each cabinet,” Martini explained. The cabinets themselves are fitted with double doors and LED lighting to save energy.

This pilot project in the commercial refrigeration field is part of the Carrefour Group’s commitment to reducing greenhouse gases emissions and energy consumption. 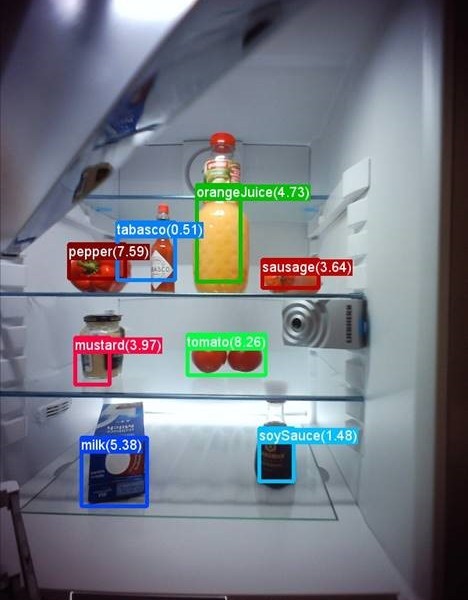