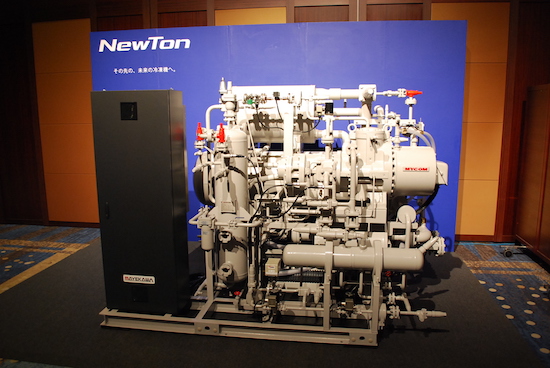 JAPAN – The Japanese-based technology provider Mayekawa Manufacturing Company, Ltd. has revealed that it will launch four new models of its highly efficient natural refrigerant-based cooling system, the NewTon, on the 21st of July 2016. The four new models comprise the NewTon R-3000 and R-6000 for cold storage, and F-300 and F-600 for frozen storage and all four will feature reduced refrigerant charge, system size and weight compared to previous models.

Mayekawa have disclosed that they have upgraded the technology used in the previous models and so, while still maintaining high energy efficiency, the new models are set to offer minimised refrigerant charge and improved maintenance in a bid to ease any potential anxiety users may have regarding the everyday operation of the system.

The company claim that the new models’ more compact  size and weight should help reduce the impact of facility renovation, which is expected to increase as Japan’s 2020 deadline for completely phasing out of ozone-depleting HCFCs under the Montreal Protocol draws nearer.

The first NH3/CO2 cascade system for cold storage, known as the NewTon3000, was developed and commercialised by Mayekawa in 2007, and put on the market in 2008. In an effort to satisfy constantly changing demand, the company decided to committ to further developing the product to suit different customer needs, while pursuing improved efficiency, safety and usability.

As a consequence, Mayekawa launched the new NewTon series in 2012 which comprised the NewTon R (for cold storage), NewTon C (for chilled storage), NewTon F (for freezer storage), and NewTon S (for ice rinks). Today’s announcement reveals that the  four new models to be launched in July this year are the upgraded versions of the 2012 series. 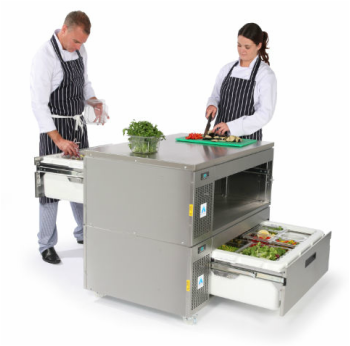